New concept images of the 2020 iPad Air combine leaked information with some speculation. The result is a beautiful tablet that could well come out this fall.

The proposed 2020 iPad Air leaves out the Home button, but not Touch ID. Instead, it would be Apple’s first model with an in-screen fingerprint scanner. This is based on an tip that supposedly leaked out of Apple in April.

Some other features from the Pro line, like a multi-lens rear camera or LiDAR scanner, aren’t included. But the concept  tablet runs on a A12X Bionic processor and 4 GB of RAM, essentially the same at the 2020 iPad Pro.

Several unconfirmed reports, including one from trusted analyst Ming-Chi Kuo, predict Apple will expand the iPad Air display from the current 10.5 inches to 10.8 inches.  based in Slovakia, dreamed up a device that fits a larger screen into the same casing size by shrinking the bezels.

Some iPad Pro features carry over

svetapple.sk  suggests the next mid-range iPad get support for the second-generation Apple Pencil, which current works only with iPad Pro models. This requires adding a charger for the stylus to the side of the tablet. The current model supports the original Apple Pencil, which plugs into the Lighting port to charge. But the concept iPadOS device includes a USB-C port instead of Lightning.

The first 10.8-inch iPad Air debuts during the second half of this year, according to Kuo. The current 10.5-inch version costs Ksh 90,000 — it’s not know if its successor will be less, more or the same. 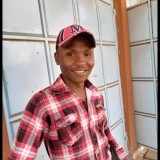